CEO of Bodhala and former member of the Kansas State House

Raj Goyle is co-CEO of Bodhala, a data company focused on the legal industry. In 2006, Raj became the first Asian American elected in Kansas history and the first Democrat elected to his State House seat in Wichita in 2006. He was re-elected in 2008 and in 2010, ran for Congress against then-Congressman Mike Pompeo. After leaving Kansas politics, Raj moved to New York City, where he served as a senior advisor to Shelley and Donald Rubin’s family office on philanthropic, political and business matters. He sits on the boards of Hunger Free America, New Deal Democrats, the State Innovation Exchange, Everyartist.me, Issue One, and Planned Parenthood of NYC Action Fund. He is the co-founder of the Indian American Impact Project and the India Center Foundation and serves on the advisory board of the American India Foundation. Raj has worked as a staff member for the ACLU, the Center for American Progress, and served as an adjunct professor at Wichita State University. He holds degrees from Duke University and Harvard Law School. 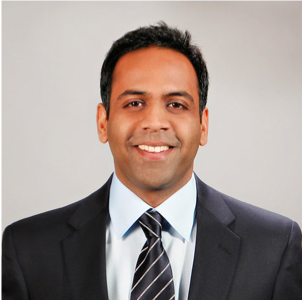