Raghu has over twenty years of campaign experience and heads the Washington, DC office of Left Hook Communications. Raghu has led high profile independent expenditure, congressional, and statewide elections across the country, including Congressman Ami Bera’s historic upset win in 2012 and subsequent re-election, which was one of the most expensive congressional races in history. Raghu was the first Asian American to be named Political Director of a national party committee – first at the DLCC and then at the DGA. While at the DLCC, he helped flip 30 chambers into Democratic control – the largest partisan Democratic shift in our nation’s history.

Raghu also managed the independent expenditure and issue advocacy program for AFSCME, overseeing one of the largest programs in Democratic politics spending over $40 million dollars up and down the ballot working on races across the country. Prior to founding Left Hook, Raghu was a partner at A|L Media. A die-hard Green Bay Packer fan, Raghu lives in Washington DC with his wife Reema and their two daughters. 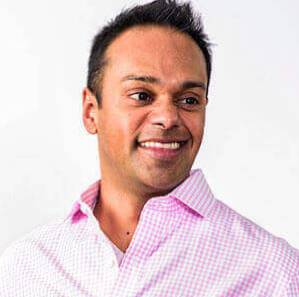